Who Wins With Clean Energy? The Benefits Go Beyond Better Health

You can literally see and inhale the benefits of the clean electricity grid in the clearer skies and better air to breathe.

But another advantage arose from the move to decarbonize Ontario’s electricity system.

Clean energy creates jobs, both direct and indirect. It raises tax revenues that underwrite the social benefits we depend on. Clean energy brings a new stream of economic development.

And it provides a model for sustainable growth that needs to be emulated elsewhere if we are to maintain popular and political support for the massive energy transition needed to curb the worst effects of climate change.

I know because I’ve seen the economic power of clean energy production where I work in Bruce County on the Canadian shores of Lake Huron. Our regional economy, which extends into neighboring Grey and Huron counties, is built on the foundation of steady (or “baseload,” if you’re an energy nerd like me), emissions-free electricity generated by the nuclear reactors at Bruce Power.

Bruce Power’s eight reactors produce 30 percent of the electricity in a province of 14 million people, where more than 60 percent of the grid comes from nuclear generation (the rest is a combination of hydroelectric, wind, solar and a small remaining portion of gas).

That carbon-free electricity provides a massive advantage to the province that is Canada’s economic engine, one that will need ever-more terawatts of clean power as we shift to electric vehicles and reduce other carbon emissions on the road to net zero. It’s why investors are pumping up to CA$13 billion into refurbishing the Bruce reactors to extend their life to at least 2064.

And it’s why the region of Bruce, Grey and Huron counties is flourishing. The Nuclear Innovation Institute (NII), in partnership with Bruce Power and Bruce County, recently commissioned a study into the local economic impact of the nuclear plant’s operations. Based on 2020 data, Bruce Power’s direct and indirect contributions to the provincial gross domestic product is $4.03 billion (all figures in Canadian dollars).

The figure surpasses other major industries in the province, including aerospace products and parts manufacturing ($3.6 billion), pulp and paper milling ($2.8 billion) and provincial sawmills ($1.5 billion).

The well-paying jobs that come with the nuclear refurbishments—from engineers to IT, construction and more—means people are pouring in, with the latest census showing a 6.5 percent population increase in the region over the last five years.

Taxation means all levels of government benefit from the booming economic activity that comes with the population growth, with regional municipalities able to fund everything from road improvements to new recreation facilities.

And the presence of this skilled workforce, fluent in the grammar of energy production, means we’re well positioned to look to how nuclear can enable other clean energy opportunities. It’s not unusual to hear people in the tri-county region talking about the potential decarbonizing power of hydrogen or fusion energy.

Or about the need to find ways to store energy in vast amounts. Or how we can find ways to lower the carbon footprint of our big agricultural sector. Some people are turning that talk into companies or projects that are at the forefront of the clean energy transition.

None of this happened by accident. In 2016, Bruce Power and Bruce County launched a program to encourage refurbishment project suppliers to move to the region. That initiative has resulted in more than 60 companies working in the clean energy sector to set up in the area, bringing jobs, to be sure—but also a mindset that looks for other opportunities.

D’Angelo also said his company has found “an amazing range of people… wanting to work really hard and learning new trades, really quickly.” In Bruce County, D’Angelo has described their workforce as the “best people you can imagine running our facility.”

What he described at the Summit is something that more and more of us are recognizing: that extending the life of the clean electricity generated by Bruce Power is the foundation for greater economic diversity.

Tourism is an economic driver in the Bruce, Grey, and Huron region. Visitors come here for the sandy beaches and spectacular sunsets—and they’re coming by car. The transition to EVs cannot be ignored and the region is stepping up.

The Clean Energy Frontier program at NII produced an electric vehicle report titled Plugging In, based on data collected from EV owners. The report shares drivers’ wants and needs and is helping decisionmakers plan for an EV future.

Municipal decisionmakers aren’t the only group considering EV charging. Bruce Power and local utility, Westario, have signed an agreement to work together to embrace the transition toward an EV future.

A regional network has formed to pool knowledge and resources, stretching from city centres in Ontario to rural communities. There is economic benefit behind public charging access, and we won’t take for granted the tourism industry that feeds our economy.

That’s why we’re bringing in tourism stakeholders, local utilities and decisionmakers to talk about the benefits of public charging. In the Clean Energy Fronter region, we don’t shy away from new opportunities—instead we pull together the right people and drive change. 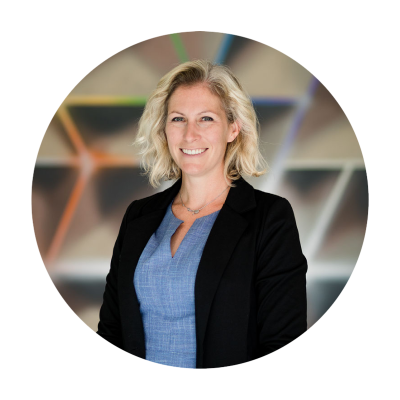 With a focus on building relationships, Jessica leads the Clean Energy Frontier Program for the Nuclear Innovation Institute. Her background in economic development and communications combined with a collaborative and data-driven approach to problem solving gives her the ability to build and implement effective strategies. Prior to joining NII, Jessica worked in municipal government with a focus on facilitating sustainable growth.

The Clean Energy Frontier program is an advocacy, awareness-raising and economic development program led by Bruce Power and Bruce County, operating within the Nuclear Innovation Institute. It focuses on promoting the valuable contribution that Bruce, Grey and Huron bring to Ontario and Canada in the drive towards a net-zero future, while building on the region’s advantages in clean energy.

The Nuclear Innovation Institute (NII) is an independent, not-for-profit organization that provides a platform to accelerate innovation and the implementation of business relevant solutions for the nuclear industry. NII’s goal is to shape a Canadian nuclear industry that embraces new thinking, new technologies and new lines of business that can drive the global shift to a low-carbon future.

Learn more at nii.ca and join the conversation on Twitter (@OntarioNII), on LinkedIn (Nuclear Innovation Institute) and on Facebook (@OntarioNII).

Systems Change is Harder Than it Looks: Systems Shift May be the Answer