By John Austin and Elaine Dezenski

Last month, President Joe Biden came to Michigan to push America to seize leadership in making electric vehicles—or risk ceding economic leadership in autos and other fields to China. In doing so, the president held out the prospect of more good-paying domestic jobs and reconfiguring our supply chains in mobility and other sectors for domestic production.

We do need more domestic production and more of the high-paying jobs that go along with it—but we won’t get there by going it alone. That’s because pivoting supply chains back home is not always realistic; we rely on components and materials from many parts of the world. However, there is a better way forward, and it starts by selectively leaning into our trade and co-production relationships with friends and allies we trust—what we call “ally-shoring.”  The Biden White House in announcing its strategy for supply chain resilience embraced ally-shoring as the most realistic and effective path to ensure US supply chains are never as vulnerable as was exposed by Covid-19.

Not only is ally-shoring the most powerful path to make critical supply chains more reliable and resilient, but it also is the best way to rebuild our own economy and that of our friends, which strengthens the health of all our democracies. Working together in rewiring supply chains and co-producing high-tech products in emerging sectors will additionally serve to rebuild bruised alliances and U.S. global economic and political leadership, as well as check China’s bid to extend their own authoritarian economic and political model across the globe.

One reason ally-shoring makes so much sense is that in automotive and other industries, we don’t so much engage in “trade” as we make things together with other countries. This is especially true in our auto and mobility sector. Nearly 50% of Midwest states’ so-called “trade” is with Canada, and 30% is with Mexico. Over half of this North American trade and 37% of our trade with allies in the EU is in intermediate goods—meaning component parts of a finished product. This “co-production” reality will be true for electric vehicles as well as other emerging mobility products, like the AI-controlled delivery robot vehicle that is being “trained” on the streets of Ann Arbor, Mich.

With the disruptions of COVID-19, it is understandable that many of our leaders are proposing the “onshoring” of critical supplies. But as attractive as onshoring sounds, is not an effective way to win the strategic competition with China. A onshoring push would not only irk our allies, but it also would be problematic for U.S. companies (including our automakers) who want to keep doing business in foreign markets and using foreign-made component parts in products. It would also be impractical and impossibly costly. With sophisticated, IT-laced products like cars and phones integrating dozens of components from around the globe at the lowest cost possible, no one could afford to buy a solely domestically made one. Even attempting to onshore many supplies would reduce our influence on the world stage. Alliances have benefits too, particularly when in the middle of global strategic tug of war for primacy between autocratic and democratic political systems.

Ally-shoring is a much better choice. It involves deliberately sourcing essential materials, goods, and services with countries who share our democratic values and commitment to an open, transparent, rules-based international economic and trade regime. Many countries would prefer to work with the U.S. than China and its dependency-building and corrupting development approach, including lower-cost producers such as Mexico, Vietnam, India, and other developing world economies that are essential in keeping supply chains cost-efficient and where we can work together to reinforce strong institutions, a level playing field for manufacturers, and transparent supply chains.

Ally-shoring increases the reliability of critical supply chains while reducing dependence on China and other state actors who will seek to continue to use that dependence to undermine the U.S. Reworking relationships to promote partnership with countries that share our values and interests would reduce our vulnerabilities while maintaining access to a wide variety of goods and markets for U.S. businesses and consumers alike.

The Biden administration’s critical supply chain review—which is due soon—could encourage ally-shoring. The Senate could help the country lean into ally-shoring as well, by passing the Innovation and Competition Act of 2021. This sprawling legislation includes multiple supply chain resilience and competitiveness provisions, including a “Strategic Competition Act” that talks of “prioritizing” alliances and partnerships. In addition, ongoing legislative efforts by the Helsinki Commission—a bipartisan group of U.S. lawmakers committed to countering foreign corruption, kleptocracy, and authoritarianism—further reinforce democratic principles and good governance norms around the world, strengthening the foundations for long-term economic security.

If the U.S. takes steps toward ally-shoring, it would be a strong lever to put democracy at the heart of our foreign policy (as many call for) given the aggressiveness of China and Russia in trying to make authoritarianism dominant. Aside from countering rogue actors, we can shift the focus to strategies that reinforce strong democratic governance. Purposeful re-centering trade relations, production, distribution, and sourcing networks with nations that agree to standards of openness, rule of law, and democratic governance will help reverse the tide of anti-democratic rulers, norms, and practices.

Perhaps most important at a moment of rebuilding the pandemic-ravaged domestic economy, ally-shoring would also help bring new economic opportunities and create more good jobs here at home—including where they are needed most, like the industrial Midwest. To understand how ally-shoring can contribute to an increase in production and grow new jobs in the U.S., look no further than when supply chains were initially cut. As the country worked frantically to find or make ventilators, masks, and medical equipment, it turned to domestic manufacturers with global supply chains and production capabilities—many headquartered right here. Companies such as General Motors converted sophisticated facilities and extensive networks in the Midwest and Mexico to answer the call. The Ford Motor Company quickly followed suit.

Ally-shoring is one significant tool to speed our economic recovery and help realize the president’s pledge of a “foreign policy for the middle class.” Rethinking our domestic industrial and jobs “base” is at the heart of delivering more opportunity to Americans and rebuilding a strong and prosperous middle class. Reworking our supply chains can also be a powerful contributor to restoring U.S. global leadership and strategic alliances, protecting and enhancing democracy, and checking China’s (and other authoritarians’) bad behavior—all in one fell swoop.

This post was originally published at the Brookings Institution. Photo by N Bandaru on Unsplash: the Ambassador Bridge connects Canada and the U.S.

He recently completed 16 years elected service on the Michigan State Board of Education, serving 6 years as President. Austin also serves as a Non-Resident Senior Fellow with the Brookings Institution, the Chicago Council on Global Affairs, and the Upjohn Institute where he leads these organizations efforts to support economic transformation in the American Midwest.  He Lectures on the Economy at the University of Michigan. Austin received his Master’s in Public Administration from Harvard’s Kennedy School of Government, and a Bachelors from Swarthmore College in Economics & Political Science, with High Honors and Phi Beta Kappa.

A senior executive and a globally recognized expert on anti-corruption, governance, risk management, and security, she has held senior positions at the World Economic Forum, INTERPOL, Crossmatch Technologies, the U.S Department of Homeland Security, the U.S. Department of Transportation, and Siemens Corporation. In 2018, she was appointed as a Senior Fellow (2017-18) and Lecturer at Yale University (2018-2020). Since 2014, she has served as a board member at the Center on Economic and Financial Power at the Foundation for Defense of Democracies where she writes on a range of national and economic security topics. She is the Vice-Chair of the Board of Integrity Initiatives International, an NGO working to combat grand corruption. Dezenski holds degrees from Georgetown University and Wheaton College (MA). 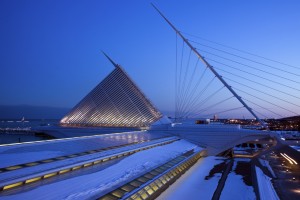 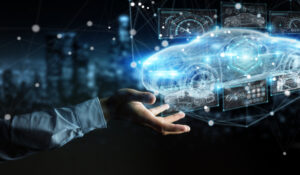