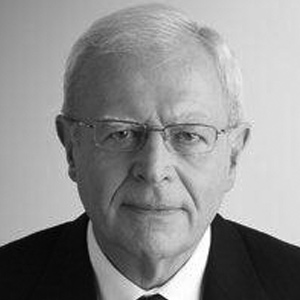 Jim Peterson, a former federal Minister and Secretary of State, is Counsel at Fasken Martineau. Jim has extensive knowledge and first-hand experience in government affairs, having served in the Government of Canada as Minister of International Trade, Secretary of State (International Financial Institutions), and Chair of the House of Commons Standing Committee on Finance.

As a former Minister of International Trade between 2003 and 2006, Jim has expertise in trade policy and experience in trade disputes. While Minister, he represented Canada at the World Trade Organization’s Doha round of negotiations which focused on expanding trade and investment in leading emerging markets including Brazil, Russia, India and China, and dealt with complex issues related to trade with Canada’s NAFTA partners, the European Union, the Middle East and the Americas.

As Secretary of State (International Financial Institutions) from 1997 to 2002, Jim was instrumental in piloting significant financial institution reforms through Parliament including legislation permitting foreign bank branching and aligning Canada with international standards in the fight against money laundering and terrorism. He handled the insurance industry demutualization file. Working with caucus and stakeholders, Jim approved major financial institution mergers including BNS – National Trust, Great West Life – London Life, Clarica – Met Life and TD – Canada Trust.
As Chair of the House of Commons Finance Committee between 1993 and 1997, he began the practice of public pre-budget hearings and completed a number of major studies including a review of Canada’s value added tax (the GST).
Jim retired from the House of Commons in 2007 after 23 years of public service as the Member of Parliament for Willowdale (Toronto).

Before entering public life, Jim had a distinguished career as both a legal scholar and teacher and as a practitioner of international tax and business law. He was also a consultant for the United Nations Industrial Development Organization.

He was appointed head of Negotiation for Ontario in its efforts to reduce barriers to trade, investment and labour mobility, and to enhance economic cooperation with Quebec.

Jim is the author of numerous articles and studies for Canadian and foreign publications on international business, investment, taxation and fiscal policy.