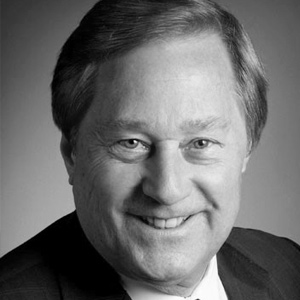 Governor James Blanchard joined DLA Piper upon the conclusion of his duties as United States ambassador to Canada in April 1996.

In recognition of his outstanding performance as ambassador, Secretary of State Warren Christopher presented Governor Blanchard with the Foreign Affairs Award for Public Service in a ceremony at the Department of State, making him one of only a handful of ambassadors to receive this prestigious award.

James was named ambassador to Canada in May 1993, after serving two terms as governor of Michigan (1983 – 1991) and four terms as a member of the United States Congress (1975 – 1983). In 1992, he chaired President Bill Clinton’s successful campaign in Michigan. Governor Blanchard is also former chairman of the Democratic Governors Association and the National Democratic Platform Committee, as well as a former member of the National Governors Association’s executive committee.

During his tenure as ambassador, James managed a broad range of trade, natural resources, environmental and national security issues between the United States and Canada, providing support critical to the passage of both NAFTA and the Open Skies Agreement. Commenting on James’s role in the Open Skies Agreement, Canadian Prime Minister Jean Chrétien said, “Tomorrow, we will show the world that even the sky is not the limit for our relationship as we sign an open skies agreement. It will enhance what is already the largest bilateral air relationship in the world. Ambassador Blanchard has played a key role in these negotiations, and he has done a fantastic job here in Ottawa. I want to take this opportunity to salute him.”

Governor Blanchard’s eight years as Michigan’s chief executive were notable for his success in turning around Michigan’s finances, working with the private sector to attract business investment and trade from around the world. He won national acclaim for his innovative approaches to economic development, education, crime fighting, environmental protection and helping children and families.
[/toggle]