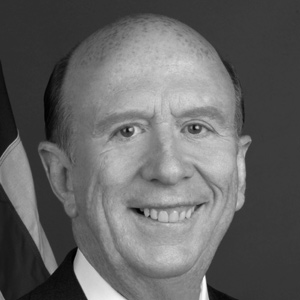 Ambassador David H. Wilkins is a partner at Nelson Mullins Riley & Scarborough LLP and chairs the Public Policy and International Law practice group, which focuses primarily on representing businesses on both sides of the US-Canadian border and offers experience on a wide range of strategic bilateral issues.

Mr. Wilkins was nominated by President George W. Bush to become the United States Ambassador to Canada. He began his service on June 29, 2005, and served until January 20, 2009.

During his tenure, Ambassador Wilkins helped to resolve some of the highest profile issues between Canada and the United States, including the decades-old softwood lumber trade dispute. He is known on both sides of the border as an honest broker who worked for solutions on the toughest issues – energy, national security, the environment, trade and travel – impacting millions of citizens in both countries.

In 2010, Wilkins was tapped by Governor Nikki Haley to chair her government transition team and played a key role in helping her form her new administration.

Prior to his appointment as ambassador, Mr. Wilkins practiced law for 34 years in Greenville, South Carolina, and has extensive experience in civil litigation and appellate practice.