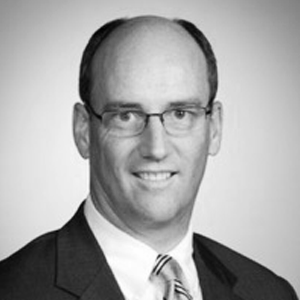 Brian J.M. Ames is retired from more than 32 years with Dow Chemical.

Brian resides in Midland Michigan, and spends summers at his cottage on Elk Lake near the shores of Lake Michigan. Having grown up along Lake Huron, attending summer camp in Georgian Bay and residing in Toronto and Kingston, his passion for the Great Lakes runs deep.

Ames joined Dow Canada in 1984, where he held several positions in the Commercial and Finance departments. In 1995, he moved to Midland, Michigan where he developed his career in global business management. After assuming roles in Texas and Switzerland, he moved back to Michigan in 2006 and later became president of one of Dow’s largest global businesses, managing more than $25 billion of assets. He developed and oversaw Dow’s US Gulf Coast expansions that were driven by newly abundant natural gas, and was the commercial lead for Dow’s sale of its chlorine businesses completed in 2015.

Brian is married with three grown children, living in Portland OR, Washington DC and Grand Rapids MI. He has served as a National Trustee of the Boys & Girls Clubs of America, and as Executive Sponsor of the Midland County United Way

Ames holds a Bachelor of Science degree in chemical engineering from Queens University in Kingston, Ontario.