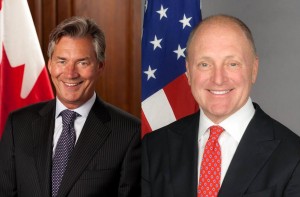 The Great Lakes Economic Forum will take place from April 26-28 this year in Chicago with events at the Chicago Cultural Center, the Shedd Aquarium and a first-of-its-kind Great Lakes Ambassadors’ Gala at The Montgomery Club.