By The Honourable Kevin Lynch and Paul Deegan

In the neighborhood of 30,000 words, JPMorgan Chase & Co.’s chairman and chief executive officer Jamie Dimon’s 2020 letter to shareholders is a magnum opus. In thud factor terms, that’s about one third of the length of the average novel, but well worth the read. Dimon’s novel approach to leadership stands out in today’s world of too many milquetoast executives. His letter reflects a unique combination of business acumen, public policy passion, and values-based leadership that is in short supply these days, and so needed.

Before the obligatory delving into his company’s financial performance, Dimon’s letter begins with the observation that 2020 was “a time when companies discovered what they really were and, sometimes, what they might become.” Two of the areas that Dimon then focuses in on are corporate citizenship and public policy, which he sees as interrelated.

On corporate citizenship, he submits that reputation – earning the trust of customers and communities – is everything.  All companies and people make mistakes, according to Dimon, but reputation is garnered by how companies deal with those mistakes. He believes great companies always have fair dealings with their customers – citing the example of Home Depot, which purposely does not raise lumber prices in the aftermath of a hurricane, regardless of whether it can. Further, he stresses that corporate responsibility is much more than generous philanthropy – it is playing an active and engaged role in tackling large-scale public policy issues. Dimon believes business matters, and astutely observes, “businesses’ extraordinary capabilities are even more powerful when put to use in collaboration with governments’ capabilities.”

Applying this perspective to the challenge of reasserting American exceptionalism, competitiveness and global leadership, Dimon calls on government, business and civic society, “…to work together with a common purpose. And that common purpose should be our ongoing quest to be a more perfect union and to maintain America’s preeminent role in the world. To do this, we need to demand more of both ourselves and of our leaders. And we can’t fix our problems if we don’t acknowledge them and the damage they have caused. Hoping that things will self-correct is not a strategy – working on solutions is.” A sentiment that is relevant today for countries and corporations well beyond the United States.

Dimon worries that we do not “act at the speed of relevance”; we do not scan for competitive threats from all angles; and we do not dive into the data to see what is changing. Too often, we are trapped by short-term thinking, an overreliance on economic models based on yesterday’s behaviour, an excessive concern over media hype, and partisan politics as root causes of collective public policy failures. He then goes on to outline no less than 15 specific areas that require focus and attention in the United States – everything from job training to industrial policy. Far from being a corporate leader who is anti-government or a pessimist, he declares, “business and government collaborating together can conquer our biggest challenges.”

According to Ben W. Heineman Jr, former GE General Counsel and a senior fellow at Harvard University’s schools of law and government, “Too few (corporations) are capable of advancing their private interests in a way that also advances genuine public interests, forging alliances beyond other corporate actors to promote genuine “public goods”.

Today, too many CEOs virtue signal, rather than lead, like Dimon, on important public policy issues. They talk about thought leadership, yet all too often deliver self-interested corporate drivel or take a public stance only after it it’s safe to do so. Many are too timid to get out of their narrow lane and enter the arena.

We are living in a very uncertain time, where opportunities and pitfalls abound. Canada too needs the brainpower and multiplier effect of our corporate leaders, and they have to be willing to engage in difficult national issues in sometimes uncomfortable public debates. But we have seen Canadian corporate leaders step up in a big and important ways in the past when it mattered — in the 1990s, Bank of Montreal’s Matthew Barrett and Royal Bank’s Allan Taylor were outspoken supporters of national unity and, in the 1980s, the voices of business leaders were crucial advocates of free trade.  Today, as a starting point, Canadian business leaders should read Jamie Dimon’s 2020 Letter, and heed his advice.

The Honourable Kevin Lynch served as the Vice Chairman of BMO Financial Group from 2010 to 2020.

Prior to that, he was a distinguished former public servant with 33 years of service with the Government of Canada, serving as Clerk of the Privy Council, Secretary to the Cabinet, Deputy Minister of Finance, Deputy Minister of Industry as well as Executive Director for Canada at the International Monetary Fund.

Dr. Lynch is the past Chancellor of the University of King’s College, the past Chair of the Board of Governors of the University of Waterloo, a Senior Fellow of Massey College and a Trustee of the Killam Trusts.  Since retiring from government, he has written over 140 policy Op Ed’s and articles and speaks frequently at conferences in Canada and abroad.

Dr. Lynch chairs the Board of Directors of SNC Lavalin and is a director of CN Railway and CNOOC (China National Overseas Oil Company).  As well, Dr. Lynch is a Director of Communitech, the Governor General’s Rideau Hall Foundation and the Asia Pacific Foundation of Canada as well as a Member of the Expert Advisory Group on Digitization and Innovation at the OECD and a Member of the WEF Committee on “Balancing Financial Stability, Innovation and Economic Growth.”

Paul Deegan is the managing partner and CEO of Paul Deegan & Associates. He is the former Vice-President, Public and Government Affairs at Canadian National Railway Company and former Vice President, Government and Public Affairs for Bank of Montreal (BMO) Financial Group.

Prior to joining BMO, Mr. Deegan served as Deputy Executive Director of the National Economic Council in the Clinton White House.

Mr. Deegan is a director of the Canadian Journalism Foundation and the Michener Awards Foundation. He is a past director of Toronto Terminals Railway Co. Ltd., Toronto Financial Services Alliance, Necessary Angel Theatre Company, Tarragon Theatre, and Aptus Treatment Centre for Complex Disabilities. In 2017, Mr. Deegan was named an Honorary Captain of the Royal Canadian Navy by the Minister of Defence. In 2018, he was appointed to the Acquisition Committee – International Art after 1900 – at the Montreal Museum of Fine Arts. 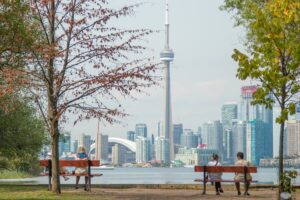 Can Smart Cities Save the World?
Technology & Resources Available 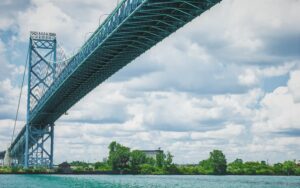