For over fifty years, governments around the world, including in Canada, have discussed the importance of sustainability or sustainable development.

One of the more prominent undertakings was the Rio Summit in Brazil in 1992, which led to the creation of Agenda 21.

While these global forums and commitments have made a difference in putting economic prosperity and environmental conservation on a more equal footing, the international community routinely fails to achieve the sustainability priorities it has set for itself. As a case in point, we are unlikely to achieve any of the 17 SDGs by the target date of 2030.

That’s because our ability to achieve ‘sustainability’ where it counts most, at the sub-national level and in our cities and sectors, remains a significant challenge, largely because a unifying framework for making sustainable management and investment decisions is lacking.

Therefore, as governments contemplate massive financial stimulus in response to COVID-19, at levels greater than the Great Recession of 2008 and the Depression in the 1930s, this report puts forward a new sustainability framework using 60 biophysical and socioeconomic indicators built from open data sources.

Using the framework to establish a baseline for sustainability at the regional and city-level, the sustainability cost curve tool described in the report can then be used to help all levels of government, as well as private sector investors, assess and compare the sustainability impact of physical infrastructure and systems.

This novel approach to assessing sustainability also helps governments present infrastructure and investment choices to the public, as well as measure and compare the overall sustainability of a city to other cities around the world, and regions like the Great Lakes to other regions.

The alternative to this sustainability framework, which favours spending billions of taxpayer dollars on random ‘shovel-ready’ projects, will do little to build the smart, sustainable, resilient Great Lakes cities and infrastructure that will enable us to live within society’s goals and the earth’s natural boundaries.

Download the full report by clicking the image below: 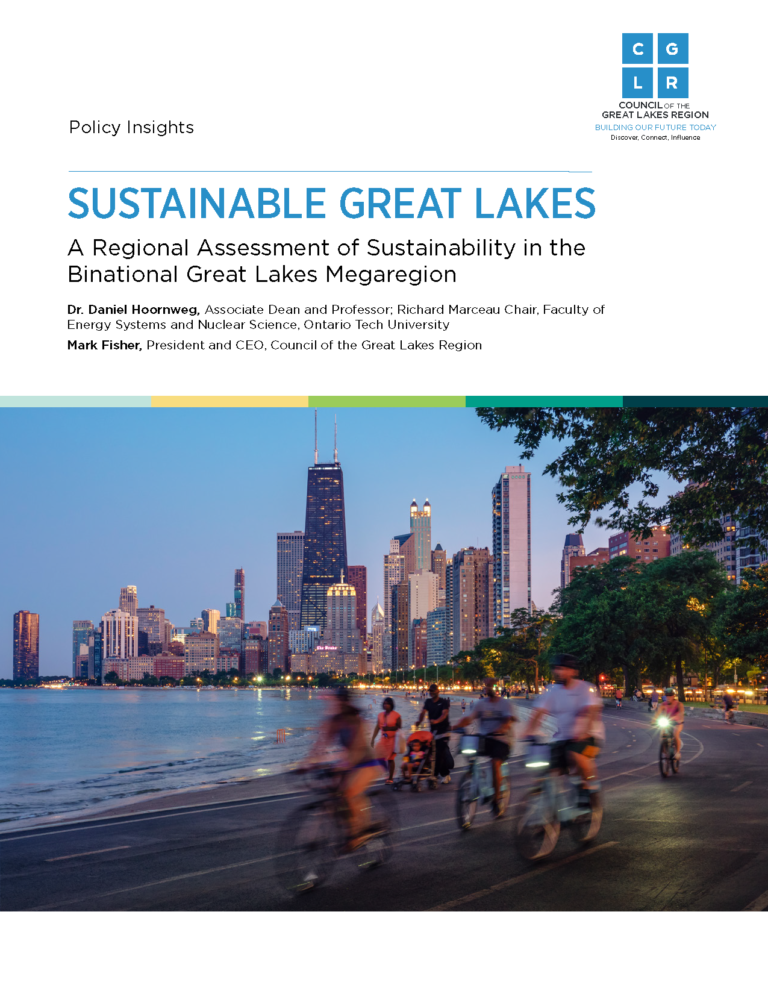 An Urgent Need for Water Stewardship in Food & Beverage Processing