A Binational Economic and Commercial Policy Agenda for the Great Lakes and St. Lawrence Region

President Trump has stated that renegotiating the North American Free Trade Agreement (NAFTA) is a top priority of his Administration. While the focus has been on the U.S.-trade relationship with Mexico, less has been said about the robust trade and economic relationship between the United States and Canada and how renegotiation of NAFTA would affect that relationship.

At the heart of this bilateral economic relationship is the Great Lakes and St. Lawrence Region. Spanning eight U.S. states (New York, Pennsylvania, Ohio, Michigan, Indiana, Illinois, Minnesota, and Wisconsin) and two Canadian provinces (Quebec and Ontario), the region is home to 107 million people, boasts a massive geographic footprint, and is a major driver of the North American economy.
With economic output estimated at US$5.8 trillion in 2015, the region accounts for 30% of combined Canadian and U.S. economic activity and 31% of employment. The region’s output ranks ahead of Germany, France, Brazil and the U.K., and it would rank as the third largest economy in the world if it were a country, behind only the United States and China.

This report, a collaboration between CGLR and Woodrow Wilson Center, outlines some of the changes that could be included as part of a modernized NAFTA or a renewed bilateral agenda between the U.S and Canada. 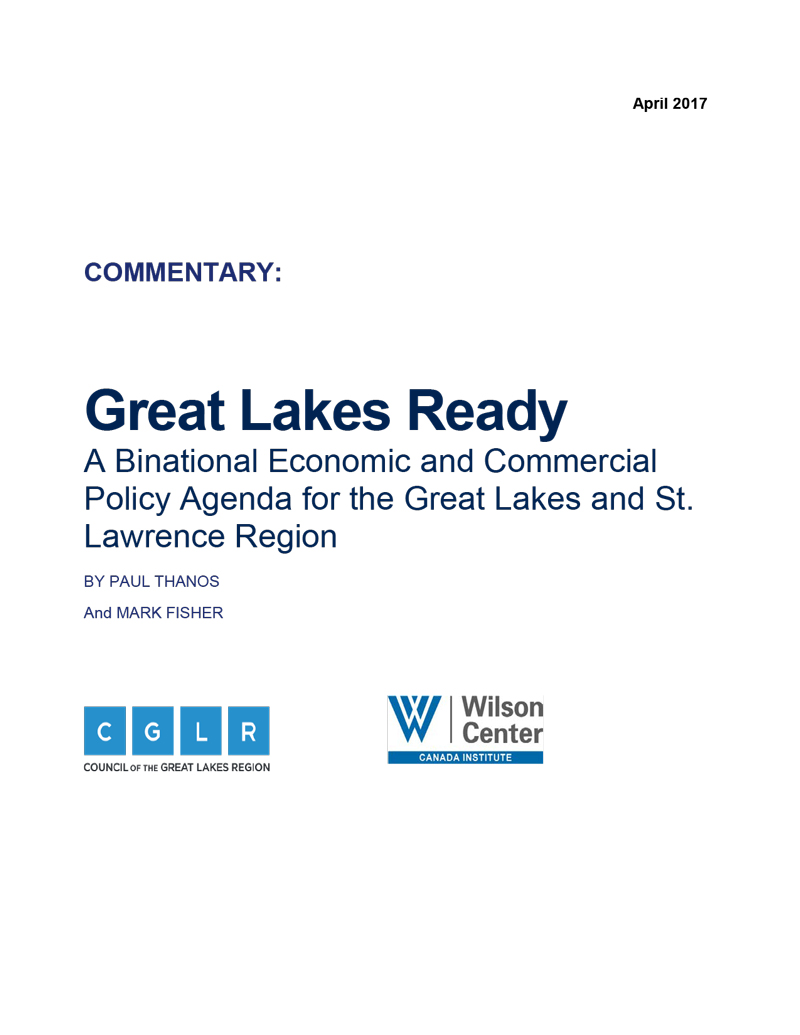