Experiential and Environmental Tourism in the Great Lakes

This article explores two major trending elements of nature tourism which are directly applicable to the Great Lakes and specifically Niagara Falls: Experiential & Environmental Tourism. This article will define these terms and the trends that are driving the new demographic, and then enumerate some of the unique natural assets, which should make our region (if properly promoted) a compelling destination, once we make our offerings more accessible.

To say that over the past couple of years tourism as a field has undergone enormous shifts would be an understatement. The Covid pandemic brought about government mandated policies and procedures based on updated periodic health concerns from around the world. There were some instances in which the countries of the world communicated in ways that allowed for travel, provided the traveler adhered to the prescribed procedures of the departing and receiving countries. However, those policies and procedures were often amorphous and changing regularly. This created uncertainty among those wishing to travel for whatever purpose. The implemented restrictions and, in many instances bans, turned the travel industry as well as the complementary hospitality field into a tailspin. The uncertainty resulted in paralysis on a world-wide scale and STR data reflected the lowest numbers on record in decades. These declines resulting from the pandemic came on the heels of rapid growth within the travel, tourism, and hospitality industry. The new hotels, restaurants, theme parks and indoor attractions erected for the burgeoning demand soon lay vacant across the nation and the world.

The immediate concerns from Covid-19, the first iteration of the disease, brought about immediate safety concerns. The need for social distancing and general hygiene created a demand for outdoor activities as crowded spaces indoors were deemed problematic. As messaging from governments relaxed ever so slightly, recognizing the growing angst among its citizenry, leisure pursuits such as golf, hiking, camping, and biking became ways to acknowledge the new health concerns while remaining active. Families who did travel were relegated to local and domestic travel in which many engaged in socially distanced activities. An unintended consequence of this trend was a return to nature and the outdoors while golfing, hiking, camping, and biking. Seemingly, not since the naturalist movement of the mid-19th century depicted in the works of Cole, Church, Olmsted, and Vaux in painted landscapes or urban parks have we rediscovered the outdoors with such enthusiasm.

Although society was dipping its collective toes into the pool prior to the pandemic, two full-fledged trends within the tourism space emerged. The first was experiential tourism, in which there was a desire for action and experiences. Families, couples, singles, gen X and gen Z were seeking active adventures as opposed passively relaxing. Many felt cooped up during their 2-year forced incubation and although they were often within a drive of their residences, they engaged in activities away from the densely populated urban centers. Many, in fact, used secondary residences that were in places of solitude allowing for this newly adopted “lifestyle” based on recreational pursuits.

The back to nature ideology embraced by many has brought to the forefront elements surrounding environmental tourism. The environment has been a talking point for some time but watching it on television or reading about it is not the same as engaging it. Sustainability and the need to pass our habitat onto the next generation is now on display in very tangible ways. We marvel at seascapes and mountains. However, we can see erosion and trash on those same beaches and trails when we look downward. The lens through which we admire natural beauty has also become refocused and refined. We can appreciate areas left in a natural state that is in harmony with the environment as opposed to a manufactured or manipulated state that opposes the natural order.

What we have to offer – our natural assets:

The International Niagara River Corridor has a lot going for it when it comes to tourism, nature, and easy access to wonderful outdoor adventure. The domestic travelers found their way to Niagara Falls, NY USA in numbers that surpassed the Canadian side for the first time in decades. This was due to provincial restrictions imposed on Canadian travelers. It was also due to the return to domestic “station wagon” travel of yesteryear within the United States. The Covid era became a time to check off places on one’s bucket list. Niagara Falls NY was on that list. It was also within a drive for a substantial percentage of the US population. It also provides a plethora of outdoor opportunities for all who are so inclined.

The river, actually a strait, connects Lake Erie to Lake Ontario. It is bisected by the magnificent Falls of Niagara, and the Niagara Escarpment, which on the Canadian side is recognized as a UNESCO Biosphere Preserve. This historic corridor has been a travel route for humans almost since the end of the last ice age. Nature has blessed the area with an abundance of biodiversity, even though human impact and development in the area has challenged nature’s ways. The corridor and the river are home to more than 700 species of native plants, 300 bird species, 100 fish species and many more mammals, reptiles, mollusks, amphibians, and insects. More than 50 of the species are endangered, threatened, or protected.

Over half of New York State is in the Great Lakes Basin. Being a Great Lakes state, we are guardians of over 21% of the world’s fresh surface water, and Lake Erie and Lake Ontario define our Western New York communities. The work that Buffalo Niagara Waterkeeper and its partners have done to improve water quality, promote sustainable stewardship, ensure a safe and healthy environment for our residents, and create meaningful and equitable public access and eco-tourism opportunities has helped transform Western New York from a “Rust-to-Blue” economy into one that embraces a thriving tourism sector.  Through The Niagara River Greenway Commission’s (NRGC) work and advocacy, we have inspired a paradigm shift in Western New York by changing the cultural and economic development strategies around our freshwater resource. The Greenway Commission’s continue these efforts through engagement at the state and federal levels, knowing that by prioritizing our Great Lakes, New York State can accelerate its regional and national leadership that will strengthen our economic, environmental and tourism capacity.

Some of the great aspects of the corridor includes its recognition as a Globally Significant Important Bird (IBA) area two decades ago, and more recently, at least on the U.S side, a Ramsar Wetland of International Importance. These recognitions are similar to international designations provided for such places as Yellowstone National Park, the Florida Everglades, and the Galapagos. They help to put the Niagara River Corridor on the world’s nature map of important places.

The IBA recognition, adopted by governments, agencies, and organizations on both sides of the international border and Ramsar, demonstrates that many species of birds, fish, and other species, call the international gorge home. The nature that they depend upon is critical and deserves protection. Migrating and breeding birds from across the hemisphere can be found here. In the spring and early summer neotropical birds find their way here from as far away as South America, the Amazon, Central America and the Caribbean. Many of these birds breed here during the summer, while some continue to travel to northern regions for traditional nesting sites. In the fall and early winter, the Niagara is the location of an incredible gull migration. As many as 19 species of gulls can be found here, some from as far away as the boreal forests of the pacific north, as they make their way to wintering areas in the river, Lake Ontario, or as far as the Atlantic Coast. Many species of gulls can be found from November through early March in the easily observable rapids above Niagara Falls, and in the gorge below.  In the winter, the region is a hotspot for waterfowl and other species that summer in the far north, including the arctic, and come here because of open waters, food, and social opportunities. Up to 40 species of waterfowl can be found here in the winter, including Tundra Swans, and many of the ducks are in breeding plumage and are engaged in spectacular courtship displays.

There are a number of amazing, unusual, and rare species in this part of the region. The winter months often attract many Snowy Owls which can be found along the shorelines and in adjacent fields. Some winters provide an “irruption” of northern species that come to this area because of food issues further north. These include Crossbills and other finches such as Pine Siskins, Redpolls, and Evening Grosbeaks. In the spring and fall, the Niagara Corridor has many birding hotspots that attract warblers and shorebirds. Migrations of eagles, hawks, and other birds of prey are amazing and easy to observe.

The Niagara River itself has many amazing bird sites. An archipelago of islands located between Grand Island and the Town of Tonawanda is the location of amazing breeding colonies of Blue Herons, Black Crowned-Night Herons, and Great Egrets, the bird that stimulated John James Audubon to work on bird conservation issues.  In fact, one colony on Motor Island is thought to be one of the largest Great Blue Heron nesting colonies in the Northeastern United States.

Many of these islands have had to be protected, buffered, and in some cases reconstructed. The islands also have to adhere to conservation standards due to legacy losses from inappropriate development. These islands protect birds and bird breeding opportunities, fish, frogs, and rare turtles. One island built in 2020-22 is known as Tern Island, has been built to help provide nesting sites for the Common Tern, once a species with a healthy population but recently in decline. It is having great success attracting these birds and providing hundreds of new baby Common Terns to participate in the ecosystem.

Many organizations in this region have pulled together as proactive conservationists. State agencies, the Federal Government, local and regional conservation organizations, and the Niagara River Greenway Commission are working hard to keep the Niagara River Corridor an important place for nature, biodiversity, and beauty. And a place for people to come to, enjoy, learn, and experience the great outdoors.

Birds on the Niagara (BON):

This is an international festival, (North America’s only international bird festival) that occurs each winter in February, and has activities throughout the year. BON is designed to connect ecotourists to the spectacular nature that is abundant on the Niagara River, and promotes winter outdoor experiences. Based in Niagara Falls, New York, the event includes both indoor and outdoor programming focused on birds, conservation, and social engagement and historical perspectives including helping to connect people of color and indigenous peoples’ experiences with the story and the future of the Niagara River Corridor.

How to make it happen:

A nationally renowned Economic Development Expert working in our Niagara Region recently completed a report which concluded that Experiential & Environmental Tourism are our best economic development opportunity, far better than Shopping Malls, Convention Centers & amusement parks!  But in order to attract these tourists, we need to cultivate, incubate, and support active adventure tour operators who will package this programming and promote it in ways that tourists can find it and sign up for standard or customized adventures.

Come and discover, or for many others rediscover the natural wonder of the Niagara Falls and the rustic natural offerings of the gorge. We are confident that you will not be disappointed in all there is to offer.

*The article image was provided by Destination Niagara USA. 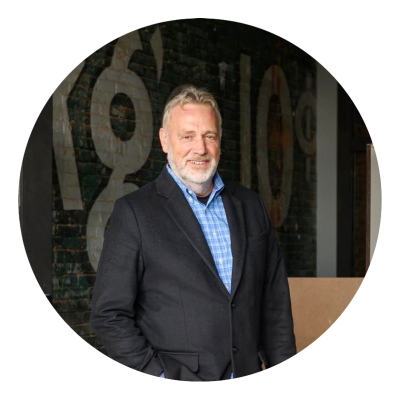 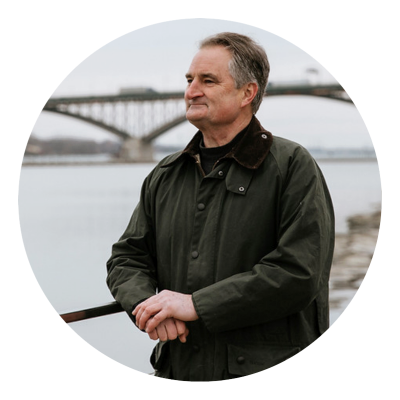 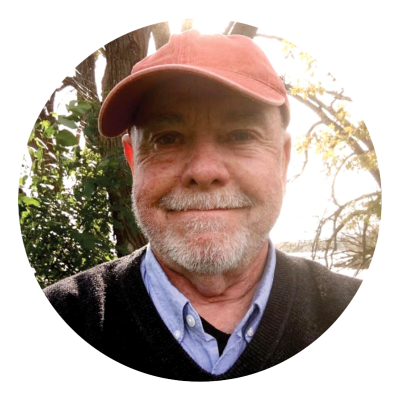 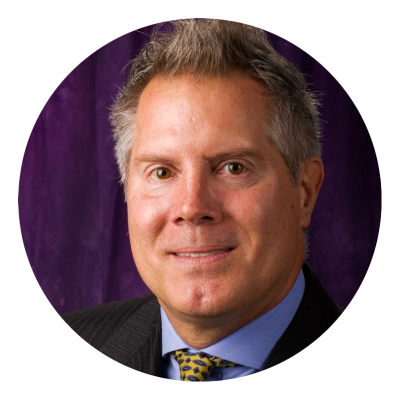 Partners Working Together to Keep Georgian Bay Free From Plastic